Part 1 of this series can be read here. In this part, the following topics are discussed. 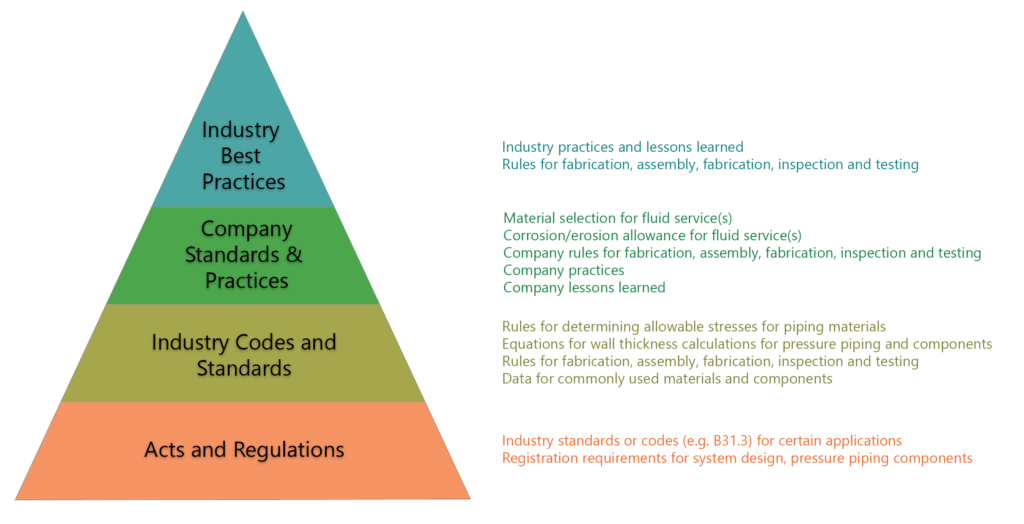 The presentation of a piping class’ content can vary between organizations. A piping class typically consists of five sections as noted below.

Integral: This section is always part of the piping class.

Required: A piping class is not complete without this section.

Optional: This section can be omitted in the piping class. 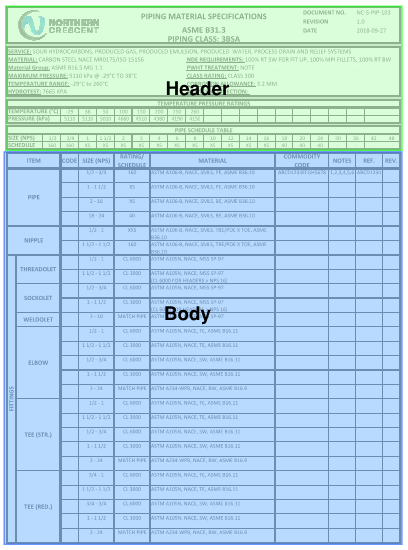 Components in the Piping Class

Group C: Components with No Ratings

Some components have no defined pressure rating. One example of such components is bolting used for flanged connections.

To fully define a component, certain characteristics such as material, wall thickness, pressure rating of a component shall be noted in the piping class. Mandatory attributes of common listed components are shown below in Table 2.

Abbreviations used in this text are as follows.

Wondering if your corporate piping classes are adequate and code compliant with latest industry codes and standards?  We offer no-charge reviews of piping classes with a guaranteed 48 hour turnaround! Contact us at [email protected]